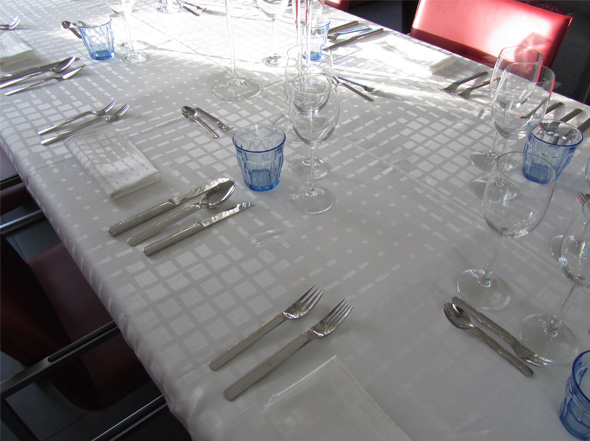 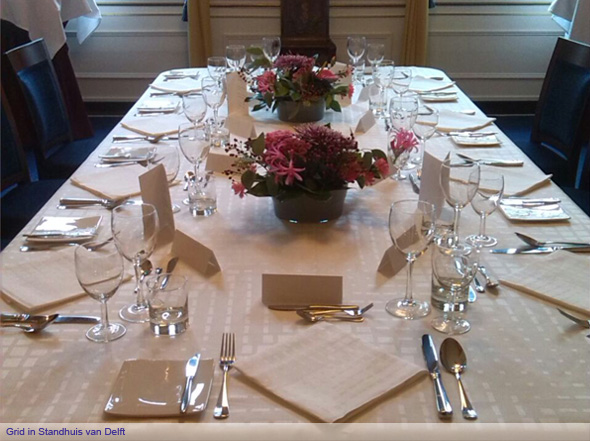 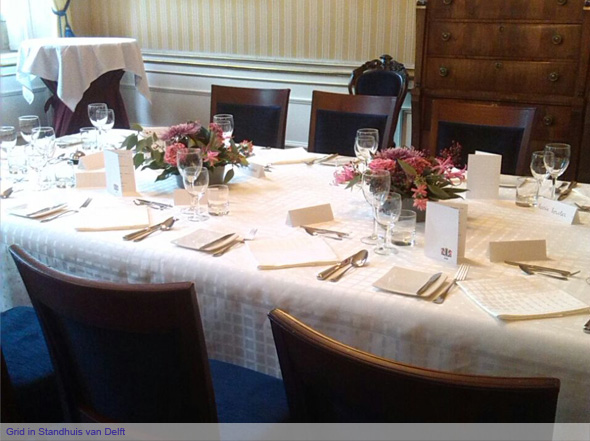 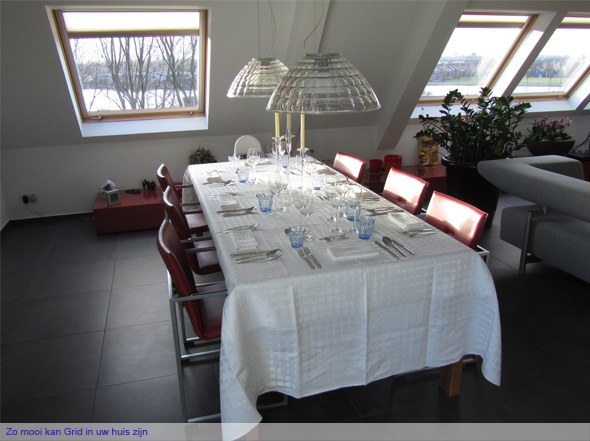 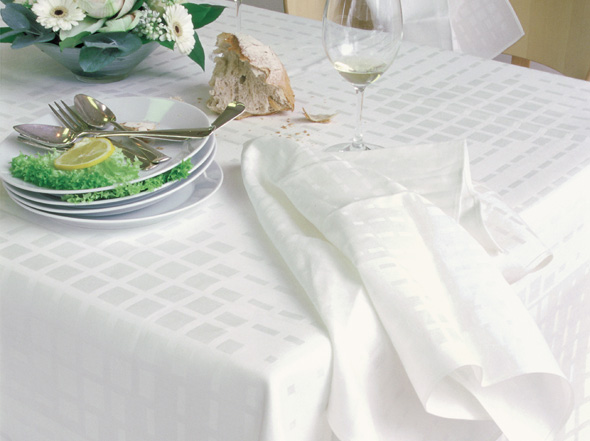 The renowned Dutch artist Peter Struycken designed Grid 2001 especially for Sanny’s Design Damask collection. As part of the preparations for his design, he made a thorough study of her private collection of linen. Together they spent an afternoon going through dozens of tablecloths and napkins, dating from the 16th century until far into the 1930s – looking at them, touching them and discussing them.

From white nothingness to damask

In the right light, the patterns seem to be conjured out of a white nothingness: hunters on horseback brandish spears, God in a cloud talks to Moses, cities burn and cannons thunder. However, interesting as they all were, Struycken found the ordered, geometric block patterns the most exciting.

Even though they were hundreds of years old, they could have been designed just yesterday. They, therefore, were his source of inspiration. Grid 2001 is based on Struycken’s 1963 painting Wetmatige Beweging (Systematic Movement), in which squares evolve into horizontal and vertical rectangles then larger squares.

By repeating, mirroring and rotating this basic pattern it is enlarged to the scale of plates and cutlery. The intersecting broad and narrow stripes form a pattern consisting of squares and rectangles and the ingenious design shows a different aspect of this basic pattern in each corner of the tablecloth and napkins so that, together with the edges, a wonderful border is created around the tablecloth.

The borders are formed ‘simply’ by changing the way in which the joins are made in the pattern; what is first seen as white is suddenly dark, and vice versa. Never before has an artist created a border pattern in this way for damask. It is an ingenious idea that is wholly based on the central tenet of damask weaving, which is to create a pattern in the fabric – using only the same white threads – that produces a play of light and dark.

Art to wipe your mouth on

What is so special about this design is that the patterns are not repeated or mirrored in the same way each time, as they had to be in the past. Technically, this design would have been impossible to produce 30 years ago. On the napkin too, each corner is different. Grid 2001 is almost a must for anyone with an interest in design and an appreciation of modern, minimalist interiors. As a guest at someone’s table with a Grid 2001 napkin on your lap you will be tested on your knowledge of contemporary design. Do you recognise a real Struycken?

The Dutch King Willem-Alexander and Queen Máxima did! In 2002, they received a set of Grid 2001 damask table linen as a royal wedding gift from the editors and readers of the magazine Vorsten Royale. Made-to-measure, of course.

Invited to open the Tijdloos Trendy (Timeless Trendy) exhibition at Duivenvoorde Castle in the Netherlands in October 2010, the Dutch royal couple both cried out: ‘We’ve got that too!’ There, in the castle’s mangle room, hung Struycken’s Grid 2001 in all its glory, on the blue painted wash rack. And, if they are ever invited to the Town Hall in Delft, the royal couple will see Struycken’s damask there too.