Editors and readers of the magazine Vorsten Royale gave the royal couple two sets of design table linen damask. Princess Máxima chose the designs herself: the modern Grid 2001 by contemporary artist Peter Struycken and the Apple design by Chris Lebeau. 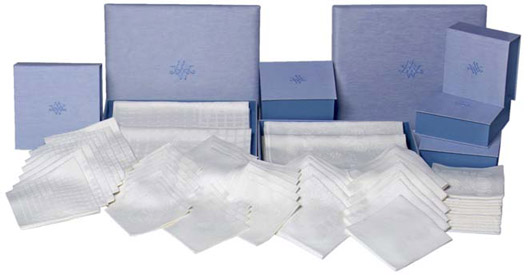 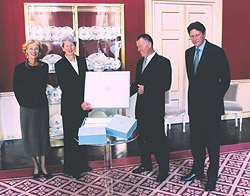 Princess Máxima and Prince Willem-Alexander have expressed their gratitude and appreciation for the beautiful damask:
“This very elegant table linen which is of excellent quality, will remind us in years to come of the affection that the readers of Vorsten Royale feel for the Prince and the Princess.”